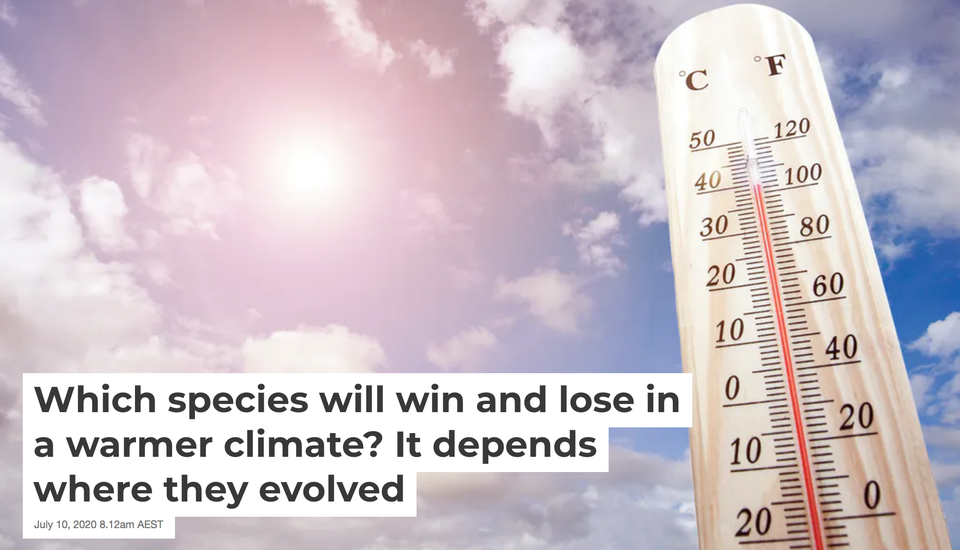 Our lab’s work published in PNAS found that the potential of species to adapt to climate change depends on where they evolved. We looked at the capacity of life to respond to future climates in three different regions: temperate and subtropical regions, and in deserts. We did this by studying rainbowfishes from Australia. Click here for open […] 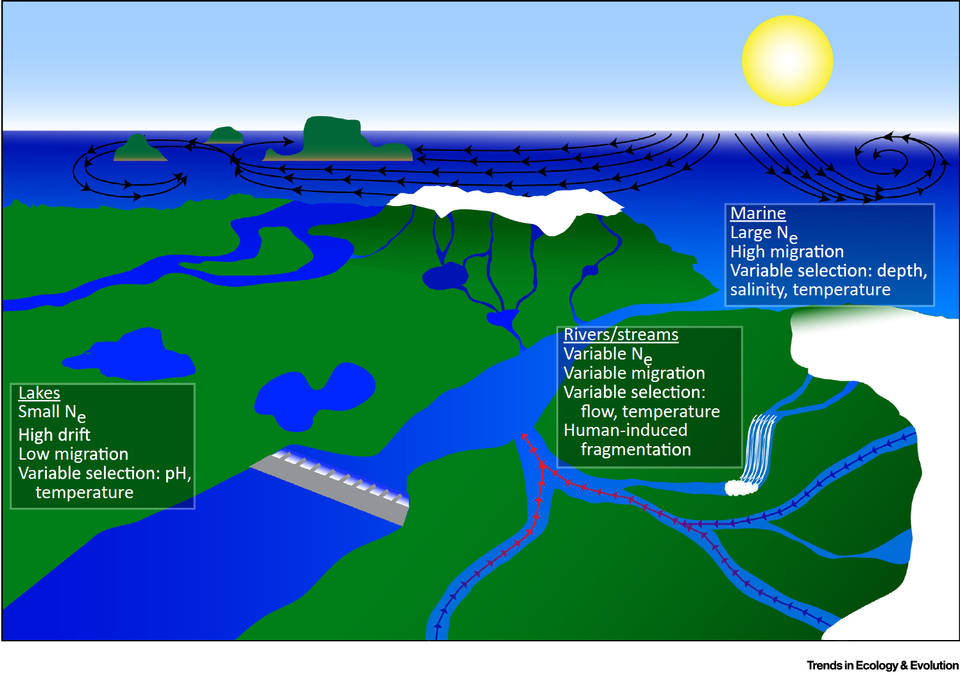 Our TREE review paper on aquatic landscape genomics is now published! In this collaborative work with US and Canadian scientists we provide researchers with a roadmap to plan aquatic landscape genomics projects by aggregating spatial and software resources and offering recommendations from sampling to data production and analyses, while cautioning against analytical pitfalls. Grummer JA, Beheregaray […] 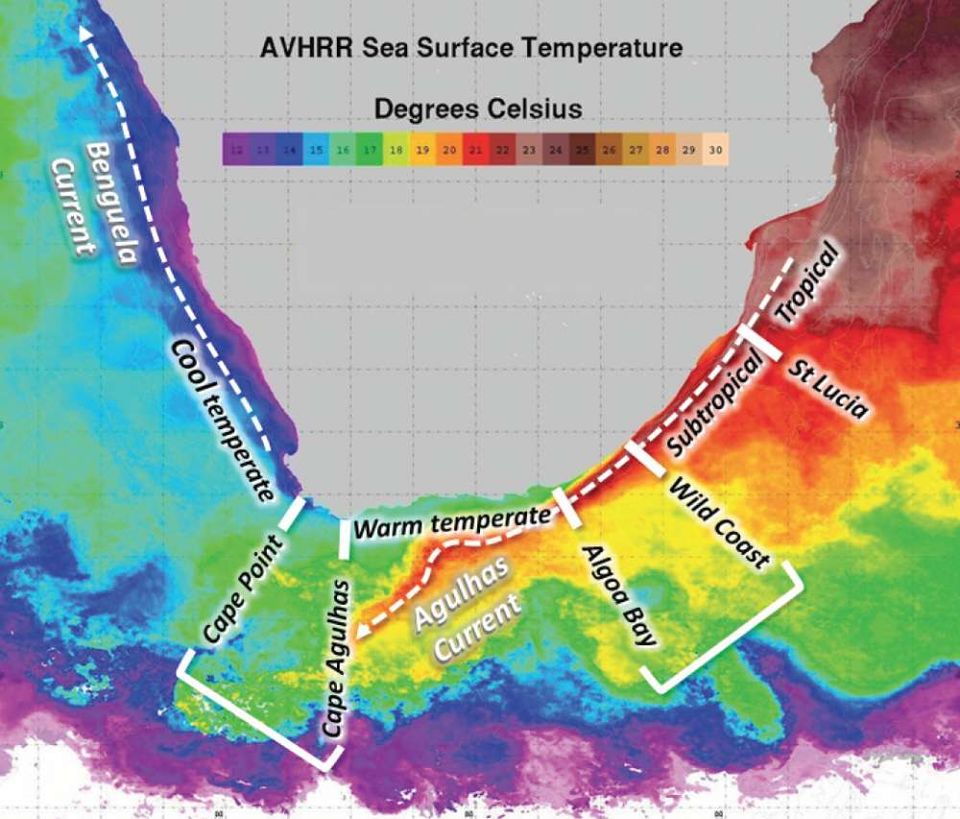 Our latest seascape genomics study published in Proceedings B helps explaining why the oceans have an amazing diversity of life.  Work done along the South African coast in collaboration with Peter Teske’s team at University of Johannesburg. It is generating a lot of media attention, such as this nice article in IFLS. – Teske, PR, Sandoval-Castillo […]

Genomes of giant tortoises tell us about cancer and longevity! 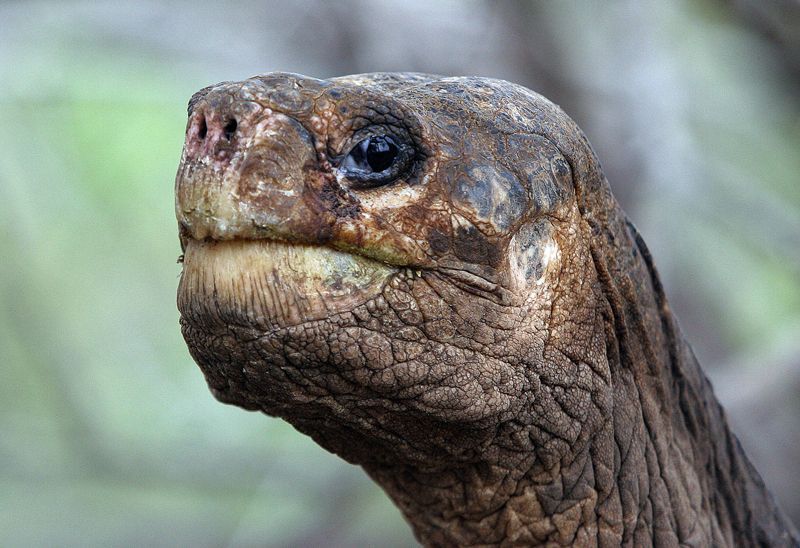 Our comparative genomics study informs about evolutionary mechanisms linked to cancer resistance and longevity in giant tortoises. A fascinating study led by colleagues at Yale University and Universidad de Oviedo that has generated huge media attention worldwide, including an editorial in Nature and an article in the New York Times. The paper is open access. Quesada V, Freitas-Rodríguez S, Miller J, […]

Sea turtles like it local! Isolation by oceanic environment in the endangered Olive Ridley turtle 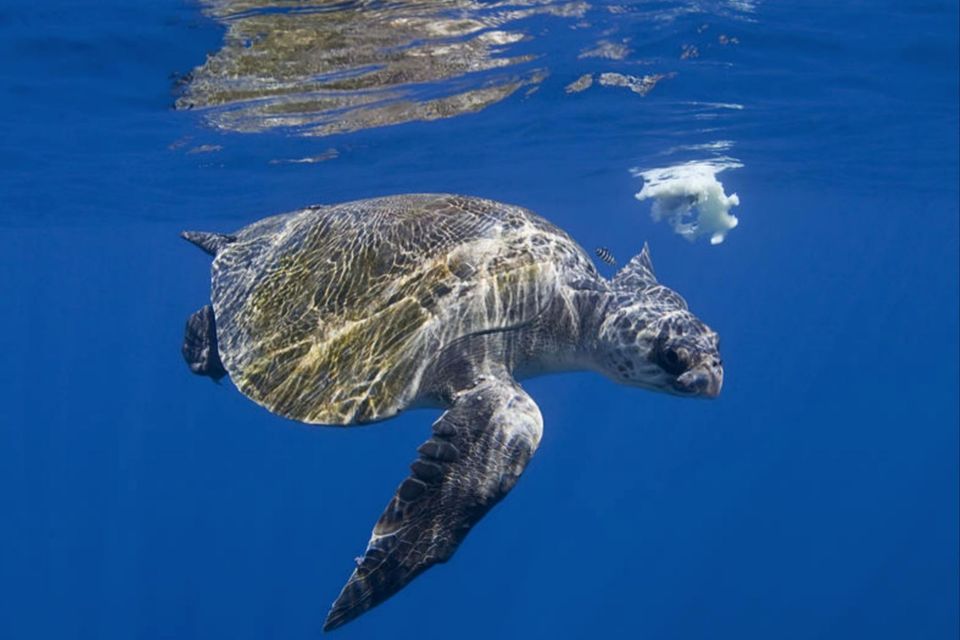 Our recent paper in Proceedings B shows how seasonal ocean currents can influence the mating and connectivity in sea turtles. This extensive seascape genetics work (i.e. based on >600 turtles collected at 27 nesting beaches in five countries, from Mexico to Panama) has important implications for the conservation management of endangered Olive Ridley turtles in […]

Our seascape genomics paper is ‘News and Views’ in Molecular Ecology! 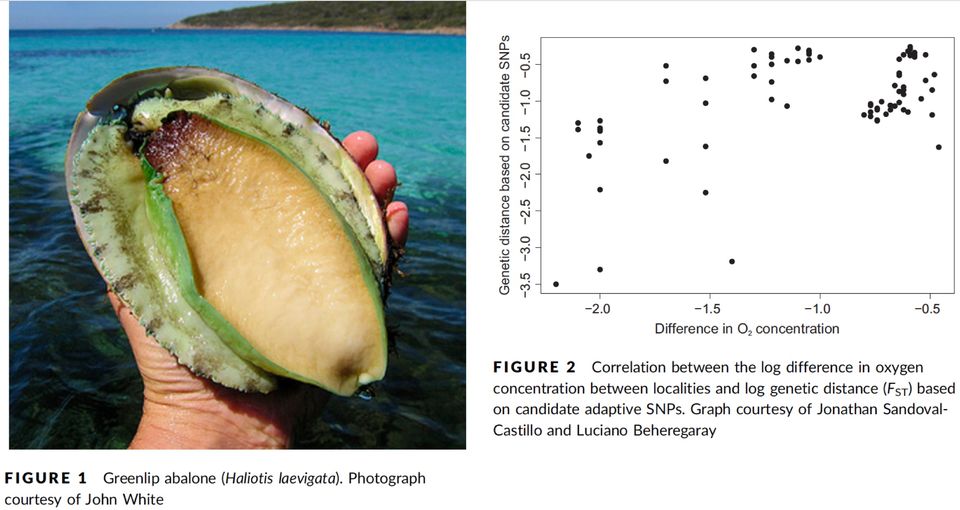 Our recent paper on genomics of adaptation in abalones is featuring in this month’s ‘News and Views’ of Molecular Ecology! A nice article by University of Cologne’s Kathryn Lampert, entitled “Oxygen concentration drives local adaptation in the greenlip abalone (Haliotis laevigata).” The PDF is free access at https://onlinelibrary.wiley.com/doi/epdf/10.1111/mec.14563 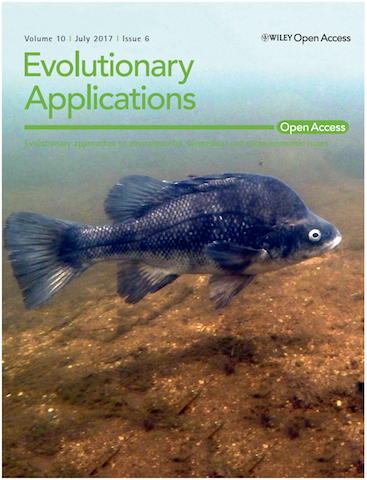 Our latest paper on genetic rescue is cover of Evolutionary Applications! This major and timely study of Macquarie perch is a collaboration with Paul Sunnuck’s Lab at Monash University and with several government fisheries agencies. Title: “Severe consequences of habitat fragmentation on genetic diversity of an endangered Australian freshwater fish: A call for assisted gene flow” […] 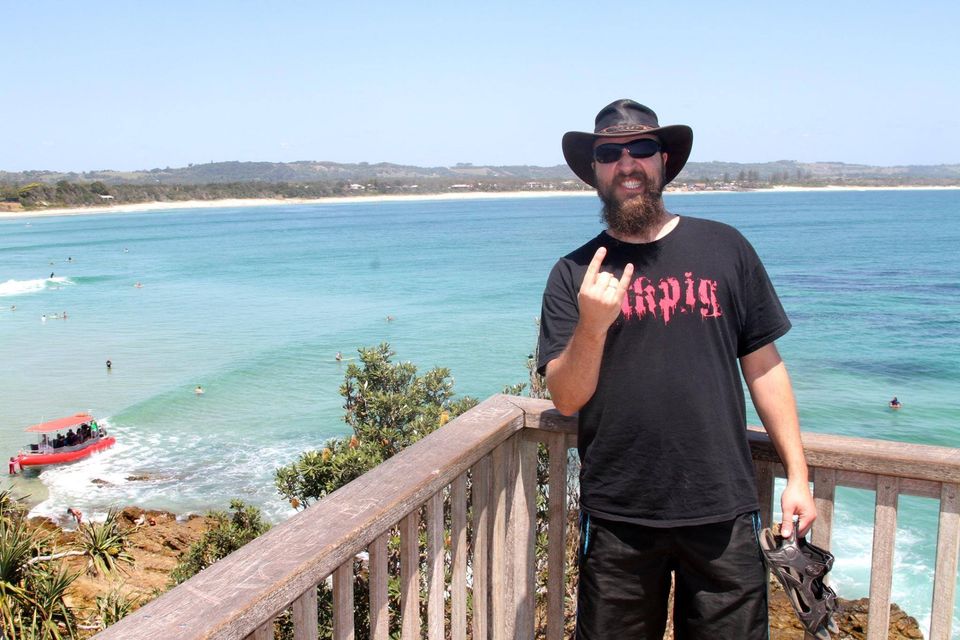 Congratulations to MELFU’s Fabricius Domingos for being awarded the Vice-Chancellor’s Prize for Doctoral Thesis Excellence. This award recognises his outstanding academic performance in the course leading to the Doctor of Philosophy (PhD). Put it in another way, this is a badass PhD thesis about the evolution of lizards from Brazil’s Cerrado. PARABÉNS FABRICIUS!!

SWINGER to the rescue of endangered species!

We have created SWINGER, the first computer software with an algorithm that uses information from DNA to match-make endangered animals for captive breeding. A quick look at the popularity of online dating services shows us that people are pretty comfortable with letting an algorithm choose them a mate. Now we want to do a similar thing […] 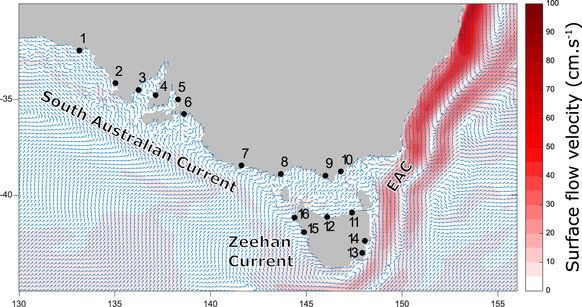 Our paper about marine connectivity just published in Nature’s Scientific Reports has important implications for the design of marine protected areas (MPAs), especially in South Australia. We jointly analysed oceanographic connectivity simulations and highly resolving genetic data and show that coastal currents – instead of promoting dispersal across vast regions as traditionally assumed – are actually […]